What is a beam load cell, and how does it work?

A beam load cell is one of the major categories or types of load cell commonly found within the weighing industry. Other types include, for example; compression, tension and single-point. They are arguably the most common type of load cell in use today.

Beam load cells operate as simple cantilevers that flex slightly when subjected to a force or weight. They are typically fixed at one end and free at the other, behaving much like a diving board, although there are also double-ended designs which are mounted at each end and loaded in the centre, more akin to a hammock. Further to this, it is common to see beam load cells split into two subcategories, depending on the way they measure the force or weight. Bending beam cells measure the amount of bending distortion that occurs while shear beam cells measure the shear distortion.

Beam load cells represent the largest and most versatile group of load cells, covering an extensive range of possible capacities, diverse mounting options and accessories. They are often used in combination in larger weighing equipment and scales when the use of a single-point cell becomes impossible.

Beam load cells, like all other modern load cells, are essentially transducers that convert force or weight into an electrical signal by way of strain gauges. When a load is applied, the body of the load cell will flex due to the elastic properties of the metal material that it is made from. Attached strain gauges, strategically positioned and secured to the surface of the load cell will also stretch or compress alongside the main body. This alters their electrical resistance and leads to a change in the voltage across the circuit. This effect is proportional to the initial force or weight, allowing it to be calculated.

Beam load cells come in numerous shapes and sizes to accommodate a broad range of applications. Typically they all have a relatively low vertical profile relative to their length. This contrasts some of the column-like compression load cells, which often have the reverse ratio, being narrower than they are tall.

Bending beam load cells are designed so that certain parts of the load cell body bend or curve in response to an applied load. They tend to offer high amounts of strain or flex at relatively low forces, which suits them for lower capacity applications.

Strain gauges placed on the convex surface will stretch, while those placed on the concave surface will contract. This means that there are always two surfaces subjected to equal and opposite strain, which is convenient for implementing a full-bridge circuit or for temperature compensation.

Shear beam load cells, although they may look similar at first glance work a bit differently. A recess is machined in each side of the load cell, leaving a relatively thin vertical web in the centre. This gives the load cell a cross-sectional appearance similar to structural I-beams seen in construction, and as with them, most of the shear strain is focussed in this thinner vertical web. Strain gauges are mounted on the side surfaces of this web, at 45-degree angles to detect the strain. At the same time, the top and bottom flanges help resist any moment or bending.

Shear beam load cells have become quite popular for medium and high capacity applications, featuring excellent resistance to side forces. They are typically not made for low capacity owing to the difficulty of needing to make a web thin enough to obtain the necessary strain levels. Bending beam and single-point load cells would be more suitable in such use cases.

Flintec has a broad range of beam load cells for purchase, accommodating both large and small volume orders. All of our products are entirely manufactured by us, ensuring high-quality materials and excellent build quality. Should you need something unique, we can help you with a custom solution. We can offer several services, including mechanical design, electrical and software development, testing and calibration, regulatory and certification governance, up to fully project managed projects. Contact us to find out more about how we can help. 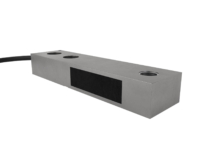 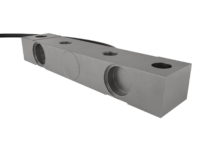 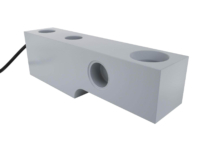 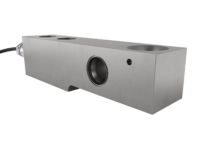 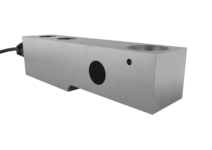 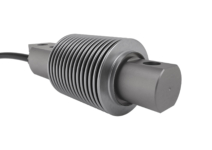 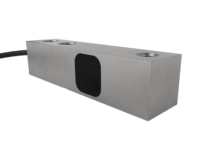 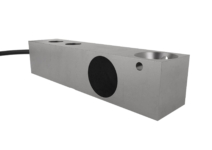