What is a load cell and how does it work?

A load cell is an electro-mechanical sensor used to measure force or weight. It has a simple yet effective design which relies upon the well-known transference between an applied force, material deformation and the flow of electricity. They are incredibly versatile devices that offer accurate and robust performance across a diverse range of applications. It’s no surprise that they have become essential to many industrial and commercial processes, from automating car manufacturing to weighing your shopping at the checkout. As technology explodes forward, many new and exciting applications are emerging that also stand to benefit from using load cells. New advances in robotics, haptics and medical prostheses, to name a few, all need effective ways to measure forces and weights. New types of load cells are continuously being designed to meet the needs of this ever-changing market.

When we use load cells, one end is usually secured to a frame or base, while the other end is free to attach the weight or weight-bearing element.

When force is applied to the body of the load cell, it flexes slightly under the strain. This is similar to what happens to a fishing rod when a fisherman hooks a fish.

The fisherman will secure the rod in their hands while the fish applies a pulling force on the other end of the fishing line. The result of this force is that the fishing rod bends, with a bigger, stronger fish, causing the bend to be more extreme.

When this action happens to a load sensor, the deformation is very subtle and not visible to the naked eye. To measure the deformation, strain gages are tightly bonded to the body of the load cell at pre-determined points, causing them to deform in unison with the body. The resulting movement alters the electrical resistance of the strain gages in proportion to the amount of deformation caused by the applied load.

Using signal conditioning electronics, the electrical resistance of the strain gages can be measured with the resulting signal being output as a weight or force reading.

Technology of a load cell

A typical load cell consists of two parts: the main body of the sensor and an attached electrical circuit. The main body is what bears the weight or force and accounts for most of the load cell’s size. Typically, it is made from high-grade steel or aluminium, which ensures mechanical reliability, and predictable and uniform strain distribution.

The electrical circuit is housed within the load cell, tightly bonded to the main body. The circuit includes strain-gauges which are specialised parts of the circuit designed to sense the deformations of the main body.

These strain-gauges consist of thin, electrically conductive wire or foil arranged in a tight zig-zag pattern. This pattern makes them sensitive to stretch and compression along their length, but insensitive across their width. As such, they can be precisely positioned to sense forces that run along particular axes. For example, shear beam load cells have their strain gauges positioned at a 45-degree angle to the loading axis, so as to maximise the detection of the shear strain running through the load cell.

A load cell is available in various shapes and configurations that can be specified for use in different application areas. Commonly, load cells fall into four different category areas, however, their core technology remains the same.

The four main category of load cell are:

Beam load cells are highly versatile sensors that typically work as cantilevers with one end being fixed and the other end free to deflect when subjected to a force.

Some beam load cells may also be considered double-ended, meaning the sensor is fixed at both ends and loaded in the centre.

Typically, load cells rely upon the applied force being placed at a central point of the sensor body. Deviation of the centrally applied force will result in a loss of accuracy.

Single point load cells work differently, allowing for off-centre loading whilst maintaining accuracy. This ability makes them an ideal choice for applications where load is applied with a degree of placement variability.

As the name suggests, a compression load cell measures a squashing or pushing force. Generally their design mimics a column, giving the sensor additional strength for use in high capacity, static applications.

A tension load cell is primarily used to measure a pulling force, whereby the load is suspended from the foot of the sensor, causing it to stretch.

Tension load cells are sometimes called S-type or S cells due to their shape resembling the letter S. Many tension load cells can also be used to measure a compressive force, making them highly versatile. 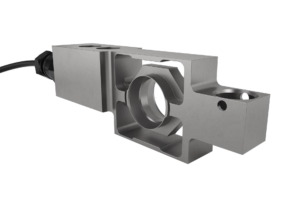 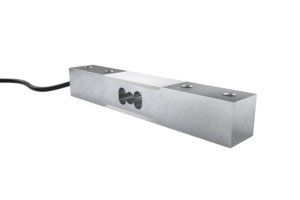 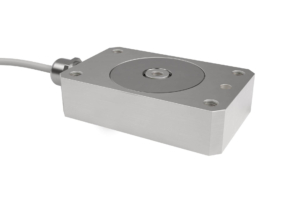 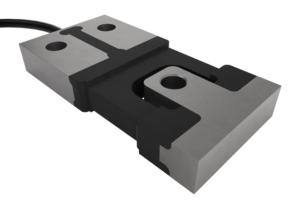 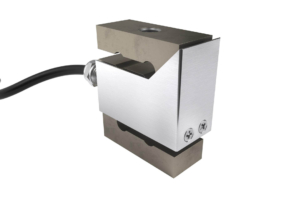 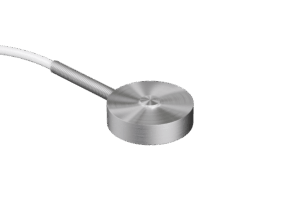